Learn how to capture screenshot of failed tests in TestNG and deep-dive into understanding what went wrong during the test execution. 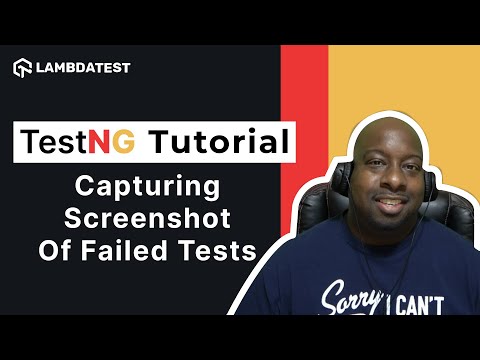 In this Part-VI of the TestNG tutorial for beginners series, 𝑹𝒆𝒙 𝑱𝒐𝒏𝒆𝒔 (@RexJonesII), a seasoned QA Engineer, Trainer, YouTuber, and Blogger demonstrates the potentials of capturing failed Screenshots in automation. He demonstrates practically how taking a screenshot of a failed test helps in analyzing execution flow and in determining the verdict test failure. He also shows how to figure out the reasons for the test failure.