What is parallel testing in Selenium?

Can anyone please explain me the basics of parallel testing in Selenium.

Parallel testing involves automated testing of many applications or parts of an application simultaneously to improve efficiency and reduce time. This is usually achieved using a virtual machine and a cloud Selenium Grid for the best results. Besides the usual resources and the testing suite or service, there is no extra effort or cost involved in parallel testing, making it a complete win-win for everyone.

Let’s find out the key reasons why parallel testing is important. 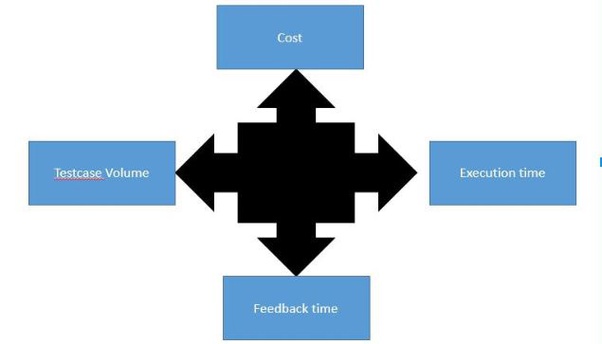 Speed Up Your Project Delivery

Parallel testing lets you cover a large number of tests in a small time. More automated tests in less time mean the faster generation of data from test results. In this way, parallel testing leads to faster feedback with more data quickly recognize specific areas where the tests can be improved. Ultimately, leading to a more robust & hastened product delivery in the market.

Cross browser testing is a practice of checking the compatibility of a web application across a variety of browsers, running on different OS, supported by different devices. With parallel testing, you can perform the same test across a huge number of browsers concurrently. There are usually so many test cases to be run, that using sequential testing, you either compromise in terms of time or the number of browsers covered. Parallel testing considerably reduces the time taken, letting you cover the same test cases in all kinds of browsers without taking any extra time.

With faster tests, improved feedback and quick results, you can bring about a whole new standard of communication within your team. Through parallel testing, you can effortlessly test the developments introduced at an early stage. This way you can provide early inputs to the developers in the development life-cycle allowing them more time & bandwidth to make improvements. Rather than pinching them as the release date draws near.

Parallel testing saves you from redundant manual testing. While manual testing is not a bad idea altogether, it does come hand in hand with the possibility of human error. Moreover, performing the same tests over and over again on a series of browsers is redundant and frustrating. Why would you test something slowly, when automated parallel tests can make it quick and precise?

If parallel testing is performed on the cloud, the overall expense of carrying out concurrent tests on the cloud server is much less than the development or maintenance of your own testing machines or infrastructure. Since such parallel testing is accompanied by advantages of cloud-based testing, you get undisturbed availability and up-to-date practices.

And, did I mention? Time!

Parallel testing is all about spreading the width while decreasing the length. Not only does it allow you to cover test cases in a wider variety of environments and browsers, but it also does the task for you in a smaller time! Instead of performing one test after another, performing multiple tests at the same time reduces your testing phases to a mere fraction of the time they usually took. Faster testing means you can ensure comprehensive tests, covering every nook and corner of the tested applications. 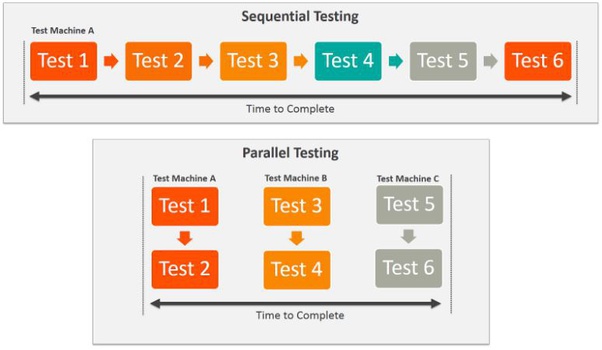 Parallel test execution involves running a suite of automated tests in parallel as opposed to sequentially. You don’t execute your tests one by one. Rather, you take the entire batch and split it up amongst multiple servers so that each server can run a single test at a time. This techniques has some fantastic advantages to improve your overall software development life cycle.

You can use a platform like QAppAssure which allows you to test on-cloud and on-field devices, across 100+ device, make and models, Integrate with Jira, CI/CD tools, and also use Appium, Calabash, Espresso, UIAutomator, XCUITest. You can run unlimited parallel tests with the free trial pack.

0 Votes
Posted one month ago