How can I use CI CD tools like Jenkins and bamboo in automation?

I want a tutorial on how i can use CI CD tools like Jenkins and bamboo in automation. 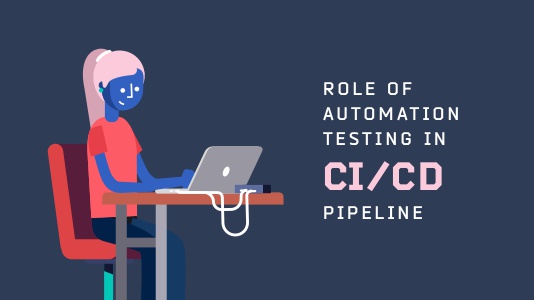 Regular code commits require regular/continuous testing and was it to be neglected can lead to a non-resilient infrastructure. How to deliver a sturdy CI CD pipeline? It is a question for many companies unless they approach DevOps consulting. And even if you go to a DevOps consulting firm, there could be a high chance that they may not suggest anything around automation tools, platforms to help you automate your workflow.

I personally believe that the benefits of automation testing are often neglected when we think of best practices in CI/CD pipeline. In my opinion, skipping the automation testing in CI CD pipeline or abandoning the broken tests (never rewritten) could be a clear threat to quality or speedy delivery.

Automation of tests is important when organizations plan to maximize the value of (CI/CD). It is why I am going to discuss with you why you can’t have a robust CI/CD pipeline without automation testing. I will also be taking a real-time example to help you relate to why automation testing is a must for CI CD pipeline.

Can you assess the pitfall when automated testing is ignored in the continuous delivery pipeline?

Despite the fact, the overall software delivery chain is agile, the undercut automation testing will stop the CD pipeline to derive the core value from the agility.

Developments teams will remain dependent and can’t change the frameworks intuitively as they would not know if the testing team would be compatible with the adaptation.

It prevents the scalability of a software delivery because software tests can’t scale but only when integrated with the continuous delivery chain.

Why Manual Testing Fails To Suffice The CI CD Pipeline?

Running unit tests cases, basic code quality, security-related test, coverage test cases, etc, and sharing the testing information across the operation team dictates the use of test-driven infrastructure. Although, you might need manual testing occasionally. To use automation testing is the de facto standard for a robust CI/CD pipeline and has been widely co-opted by a large number of organizations.

Along with automation, sometimes manual testing is sensible and straightforward. However, in CI CD pipeline, developers have to handle the small integration of code or updates, thereby not consuming as much time as in manual testing tedium.

Analyzing the pros and cons in making a technical approach let you decide which tests should be automated and which one as manual. It is obvious, repeated and labor-intensive tasks should be pushed to automation. Various types of tests that come in the context of automation are:

Units tests are conducted quickly leading to integration tests which will add the next level of complexity. Afterward system-wide tests and at last acceptance test(where some level of human interaction may involve).

It is profitable to distinguish and prioritize tests based on which are faster than the others.

Keeping that in mind, it becomes necessary to incorporate automation testing into your CI CD pipeline.

CI CD pipeline comes into existence with a steady stream of changes with minimal delays that ensures the shortening of overall testing duration. It helps to progress on SDLC with shift-left testing which emphasizes the importance of finding bugs as soon as the requirement gathering phase of SDLC.

Shift-left testing methodology conveys that a bug which was discovered in the early stages of SDLC requires less cost & resource bandwidth to be dealt with, as a comparison to a bug that is found in later stages of SDLC. Interesting, isn’t it? Read our blog on how shift-left testing can help your product quality.

If you guessed automation testing, then you guessed it right! Integrating automated testing into continuous delivery pipelines covers a crucial component and being without that means things will fall short or an organization may not be able to reap the full benefits of DevOps.

Automated testing is the way by which you can make quality assurance as continuous, reliable, and agile as the rest of the operation in DevOps.

Should the development teams realize the transition to CI/CD, it will expose some challenges which arises off and on in path tracking; and will strengthen testing suites with automation.

Frequent software updates may barely fail to process a staggering number of bugs in a continuous delivery pipeline. The things can get off because consistent and speedy efforts are required by the testing team to address the issues. It increases the risk of a polluted build with problematic code; likely affecting the readability and maintainability of the code.

Skipping Automated Testing may further cause a delay in production and updating the build at regular intervals of time. When DevOps is not standardized with automated testing, a way around to avoid irregular and ad hoc can’t be developed.

The unplanned and random testings without any automated process, or planning eventually fail to streamline the software delivery processes.

One of the CI/CD pipeline best practice entails code in the central repository where developers can push the code and pull a request for the latest code available for a feature implementation or bug fixes. Using central repository, the code remains up-to-date and all the records of changes to identify differences in versions keep the builds in a maintainable form.

Developers render a kind of experience when they come across an issue which was not accidentally fixed in an earlier version of a software release, or while preparing or fixing the latest build; an unwanted issue pops out.

Latest build turns out to be different from what was actually planned. Now, the option left to save the limited time is roll-back rather than tracking the actual reasons, rather than figuring what actually went wrong? As that could be more deteriorating and time-consuming sometimes.

If bugs keep on popping up, they break the sanity, hinder the continuity. and a challenge to the quality of the application. The roll-back also brings presentations, documents, flow diagrams, etc. under the hood. So the version control system offers you a seamless roll-back feature to save time, effort, and pacify an uncontrolled situation which could arise during the production or release of a build.

To make the most of any CI CD pipeline, prevention of likelihood of rollbacks should be intended, which can be attained by fully automated software testing along with other well-designed components of the pipeline. Because even if you do roll back in a hurry to minimize the damage over customer’s user-experience, brand reputation, you need to evaluate the entire web application is working as it was before you pushed any code changes. For that quick evaluation automation testing in CI CD pipeline works like a magic.

Not convinced yet? Let us evaluate an example scenario related to automated cross browser testing.

What Is Cross Browser Testing?

Cross browser testing is a process of rendering a website over different browser to evaluate any UI anomalies. It can be done manually as well as automatically using open source frameworks such as Selenium.

When we practice cross browser testing manually, we may have to sit and run through our website on over hundreds of browsers, & OS combinations based on our target audience.

Now, if your website goes south due to a recent migrated code change into production & as a result, your website’s content, typography, images, icons, padding, company logo, etc. end up looking abrupt then it can cause havoc for your business. Especially, if that gets noticed by your competitors. They can take a screenshot and post a meme on you which won’t take long to go viral. To come out of such a crisis you haphazardly went for a roll-back. But what next?

Now, you need to make sure that the web application is working as good as it was before you pushed changes. If you start evaluating that by manual cross browser testing then I am afraid it can be very troublesome & time-consuming. But if you were incorporating automation testing in CI CD then all you need to do is run an already configured and tested cross browser test suite.

What makes it even better is a cloud-based cross browser testing platforn such as LambdaTest which allows you to test your website on 2000+ browsers and browser versions using an online Selenium Grid.