What is UI testing?

What is UI testing?

All You Need To Know About UI Testing 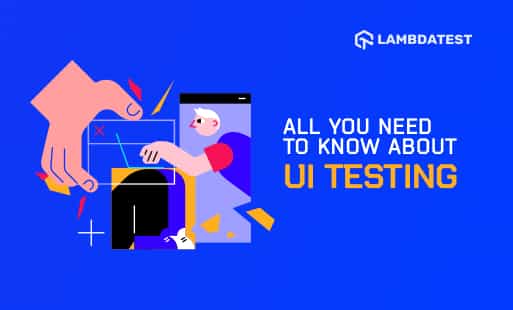 Let’s start with a question. What is the first thing that a user interacts with on a website? The interface, of course. The look and feel of the website is the first thing that creates the “First Impression” on the users. An interactive web application can make or break the deal for users, this is why more and more people opt for UI testing or User Interface testing for their web applications.

Whatever the user sees and plays with on a website falls under the category of user interface. It is the space on which the website and the user interacts. So when you click on the wheel with section Play and Win on Amazon every Sunday and the wheel rotates to award prizes, it is interacting with the user. They could have done it with a simple ‘click and see’ feature but they know the importance of user experience.

UI or User Interface testing has become a lot more important in the past decade. As the number of competitors in our niche increases, we need to make sure that we stay ahead of the curve and give our users the best user experience. Also as the web application comes bundled up with a number of features which can be pretty complex at times. This is why it becomes vital to make this process smoother and intuitive for the user. Otherwise they might just leave your application frustrated by the complexity. This is why UI or User Interface has become so vital and thereby UI acceptance Testing!

In this article I’ll discuss in detail about UI testing and why it is important. I will also share some details on the methods of UI testing along with some important tools for UI testing

So, What is UI Testing? User Interface testing or UI acceptance testing is the type of testing whereby we check if the UI for the web application works fine or has any defect which hampers user behaviour and does not meet the written specifical. For example, for UI testing we can perform the test on a text field that will take input from the user or the dropdown that slides down when the mouse is hovered over it.

It is vital to know how the user will interact between the user and the website, in order to perform UI testing. In other words, by performing UI testing, the tester tries to mimic the user’s behaviour to see how the user will be interacting with the website and see if the website is performing as expected and there are no flaws. A small flaw in the UI such as an issue in the CTA button might result in your website visitor not being able to fill up the lead form, thereby never converting. Who knows, if this was the user who would finally give a boost to your ROI.

A website consists of a lot of different web elements from CSS, JavaScript and many other languages. UI testing captures these elements and performs tests and assertions on them. It mainly focuses on the structural and visual part of the website since these are what the user is concerned with rather than how the data is stored inside the database. Since the UI testing covers the user interactive part and the website element can be connected to either screen, keyboard, mouse or any other component that the user uses to interact with the website, this ultimately falls under UI testing

The following test scenario will help you understand a component that is important for UI testing. In this test scenario, I am trying to book 3 tickets for a movie on BookMyShow, a popular website for booking movie and event tickets. When I select the seat E-13, it automatically selects 3 seats like this: 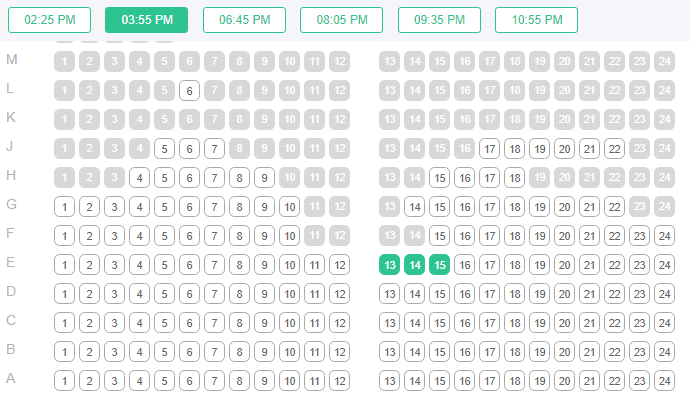 They are selected continuously which is great since most of the people booking tickets will sit together. Now, if I select F-23 instead of E-13, let’s see what happens. 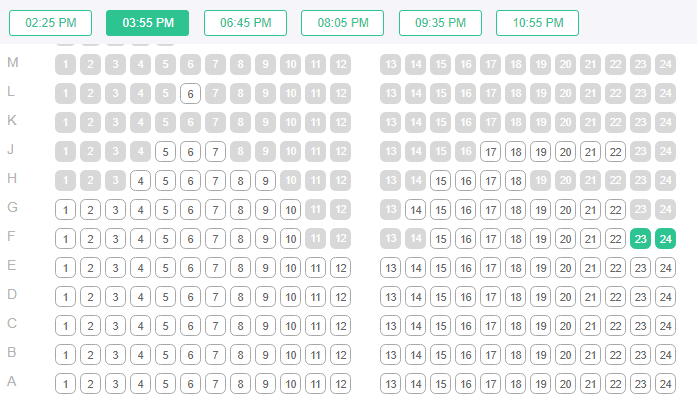 Is UI testing the same thing as GUI testing? GUI (Graphical User Interface) and UI (User Interface) are often viewed as two similar concepts in the world of front-end testing. But, on a deeper level, they are not. UI testing is a broader field and GUI testing can be considered as a subset of UI testing. GUI testing includes the testing of graphical interfaces such as the colour of the elements, the functioning of the elements visible to the user, etc. Whereas the UI testing also includes the non-graphical part of the interfaces such as command line reader or anything through which the user will interact along with GUI. The reason that UI acceptance testing and GUI testing are viewed as similar is that many of the components of UI testing are used less often today. So, in a way, whatever is used inside the area of UI testing today is majorly the GUI testing.

Junaid Ahmed
200 3
Report
298 Views
1 Answer
5 months ago
Similar posts
Which is the best browser to load every web page?
What are some disadvantages of a microservice architecture?
Which is the best training material to begin with software testing available online?
Is there a tool that makes sharing and commenting on screenshots among a medium-sized design team easy?
What is sanity testing and regression testing?
"What are the cross-browser testing checklists before going live? "
What are the right browser lists for cross-browser testing?
Which is the best opensource cross browser testing tool?
What is cognitive overhead in design, and how can one reduce it?
What are the benefits that automation testing provide to the DevOps?
Close